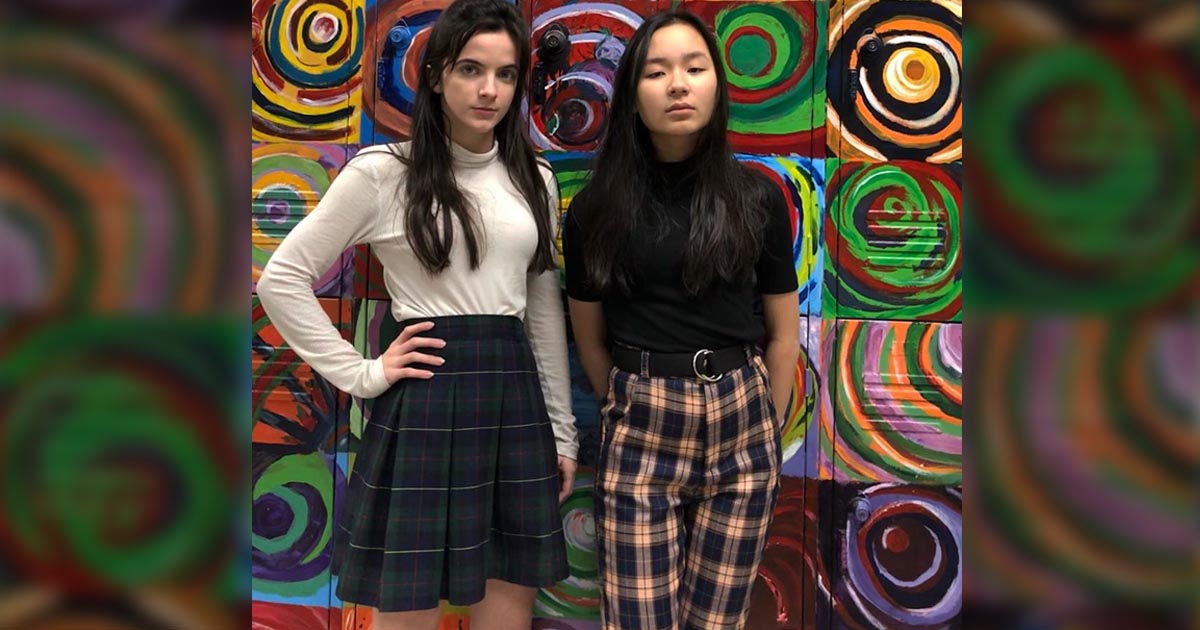 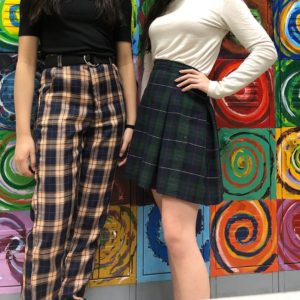 On Wednesday, January 23rd, my friend Clara wore the same skirt I have on in this photo. She had worn it to school before, and was sporting it again for the Science Symposium. However, at 10 am, she was dress coded for it being “too short” by school administration, who repeatedly made her turn around to “look at the back.” It easily caused her a panic attack, which they then accused her of faking. She offered to put on her long coat and button it up to cover her exposed skin, but they told her no.

When I came to the front office after getting the text from Clara about what was wrong, I was told to leave because “she knew what she was doing,” implying Clara was putting on an act for pity or attention. I ignored the comment. Then, administration threatened to dress code me to get me to leave – but they didn’t. Clara was also threatened with suspension since this was “her third offense over the course of 2 years.” Clara is 3rd in class, making her way up to Salutatorian, and a suspension would have sacrificed her record, her straight A’s, and even her chance at receiving merit based scholarships for college, which, like most of us, she needs in order to go.

The official LRSD dress code states: “Students are not to wear suggestive or revealing clothing that diverts attention from the learning process.” Since inappropriate language and imagery on clothing is already addressed in the handbook, it’s clear that this is directed towards girls. I mean, can anyone describe something a boy could wear that could be perceived as “suggestive or revealing”? 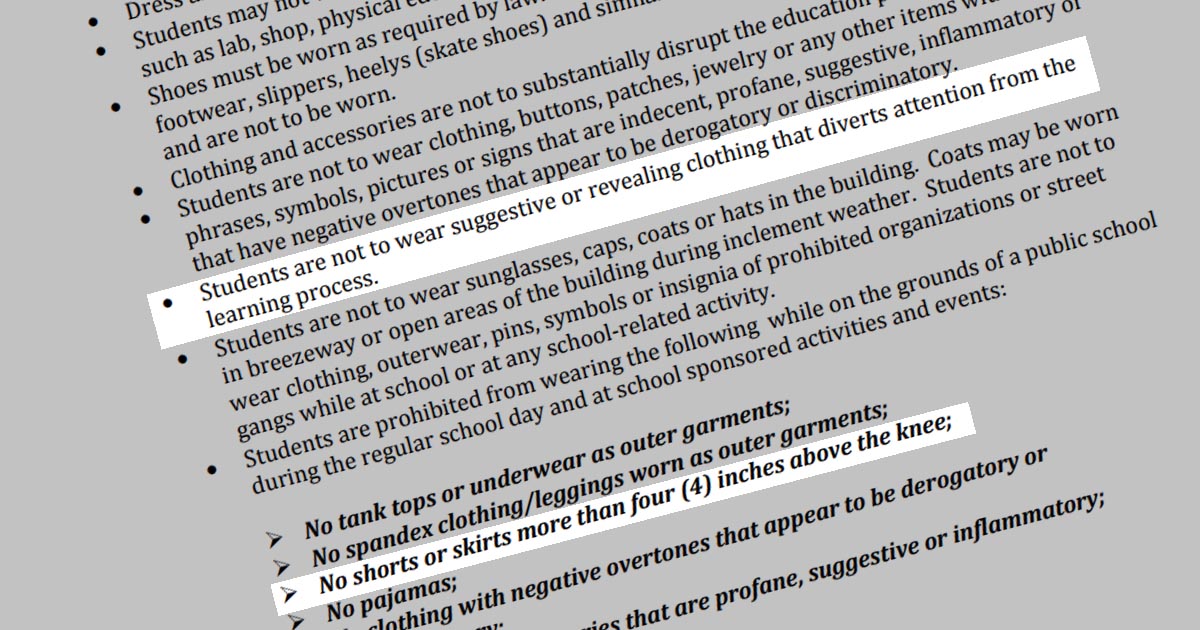 Furthermore, when a girl is sent home over this sexist rule, it tells her that the length of her shirt or skirt, the way her top is cut at the shoulders, or how deep their neckline may be is more important than her education. Not only that, but it also allows adults in power to look at a young girl and decide if they think she’s being “suggestive. ” How they feel personally about the girl’s clothing is what is considered. When girls are dress coded for this rule, we feel objectified and violated, as it did for Clara when she was repeatedly asked to turn around so her backside could be viewed in the skirt by a room of judging adults.

At our school, many students are of the opinion that minority girls are more likely to get dress coded for the same thing a white girl wouldn’t. With that in mind, and since we only have a 1.5” height difference, I decided to wear the same skirt as Clara the very next day and go out of my way to be seen by the school staff who coded her. I made it through the whole day, made FIVE unnecessary trips by the front office in order to be seen by all administration, and no one ever said anything. I was even alone in the hall with one of the people who gave Clara the violation, purposefully drew attention to myself, and still didn’t get coded.

If indeed minorities are targeted for dress code more than white people, not only are they made to feel as though their clothes are more important than their education, but also that a white’s education is more important than theirs, perpetuating a society where minority women are stuck at the bottom. We hope to get some hard data to shed light on the facts of that perception, but until then, perception is reality. Take our survey and let your voice be heard.

Not only that, but girls are targeted for dress code violations more often than boys committing the same offense. Boys often wear shorts that are more than 4” above the knee, which the handbook specifies is against dress code policy.

What is happening is sexist, racist, and needs to be stopped. LRSD ladies need to stand up for their fellow students. I encourage you all to conduct experiments like I did today to prove that girls are treated unequally, and that the rules are never equally applied. Boys and girls, wear skirts/shorts/dresses that are more than 4” above the knee. Post it with the hashtag #PassTheSkirt. After you wear it, pass it to a friend of an opposing race or gender to see if they get coded for the same thing. Test the limits of this administration. Get angry. Work to make a change.

We are working to fight against the fundamentally flawed dress code and it’s applications. We will be proposing a new dress code for LRSD to adopt.

2 thoughts on “The Short End of the Stick”

Make sure this account has posts available on instagram.com.

Error: admin-ajax.php test was not successful. Some features may not be available.

Please visit this page to troubleshoot.